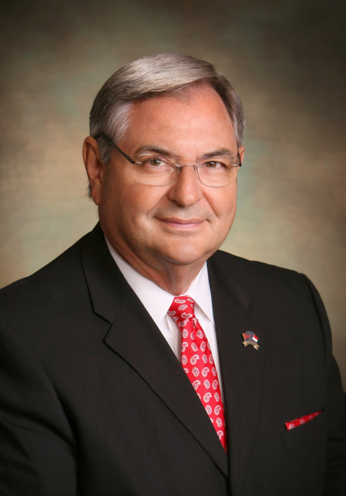 Jim Burgin is a longtime resident of Harnett County and current President & Owner of C&D Insurance with two offices located in Harnett County. Mr. Burgin also serves as Chairman of the Board to New Horizon Insurance Group and President of B.C. Property Inc. a real estate development company. He is also a partner in John Hiester Automotive which owns Chevrolet and Chrysler Dodge Jeep dealerships.

Jim and his wife Ann have been married 38 years, and have three children and three grandchildren.

Jim was born in Knoxville, Tennessee attended The University of Tennessee Knoxville and graduated with honors with a Bachelor of Science degree in Business Administration. 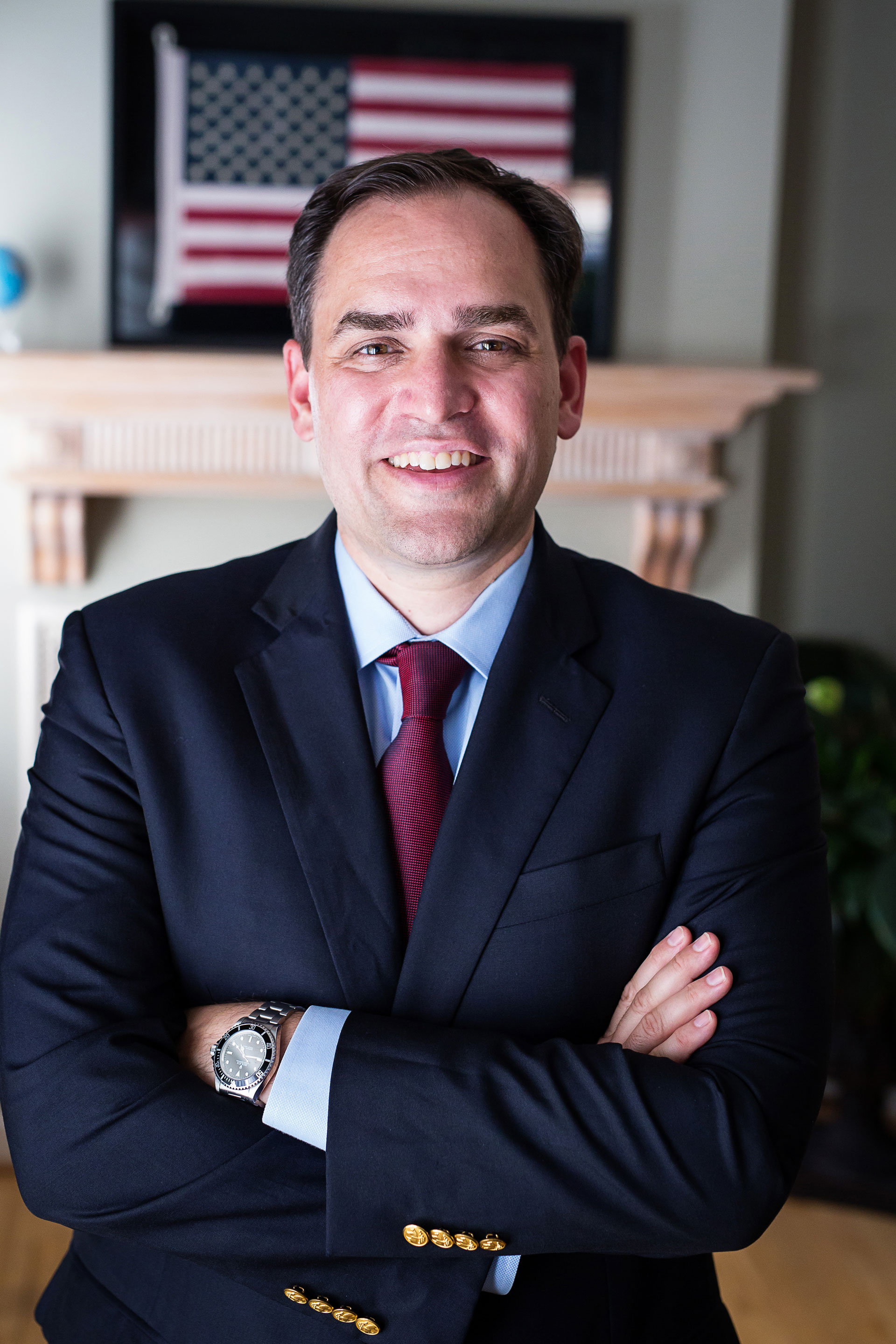 Wiley is a practicing attorney in Cary, NC, where he lives with his wife, Caroline, and their two children. Wiley graduated from Tulane University as a Political Science major and received his law degree from the Pepperdine University School of Law. Before opening his law practice, Wiley worked for the White House, traveling with President Barack Obama in the United States and abroad. He also traveled with Vice President Al Gore during the Clinton/Gore White House.

Wiley understands the value of public service. As a former prosecutor, he has helped pursue justice for those in need. As a local attorney, he works every day to see that his clients are treated fairly and compassionately by the North Carolina justice system.

Wiley serves on the Agriculture/Environment/Natural Resources Committee, the Pensions and Retirement and Aging Committee and the Appropriations on Education/Higher Education Committee.

Wiley is a Progressive Democrat and believes it’s time to focus on strengthening our public schools, creating high paying jobs, expanding access to affordable healthcare and protecting our environment. Senator Nickel is leading the fight to protect a woman’s right to choose and pushing for stronger gun control laws. He supports an end to gerrymandering with independent redistricting reform that takes the power to draw new legislative districts out of the hands of politicians. 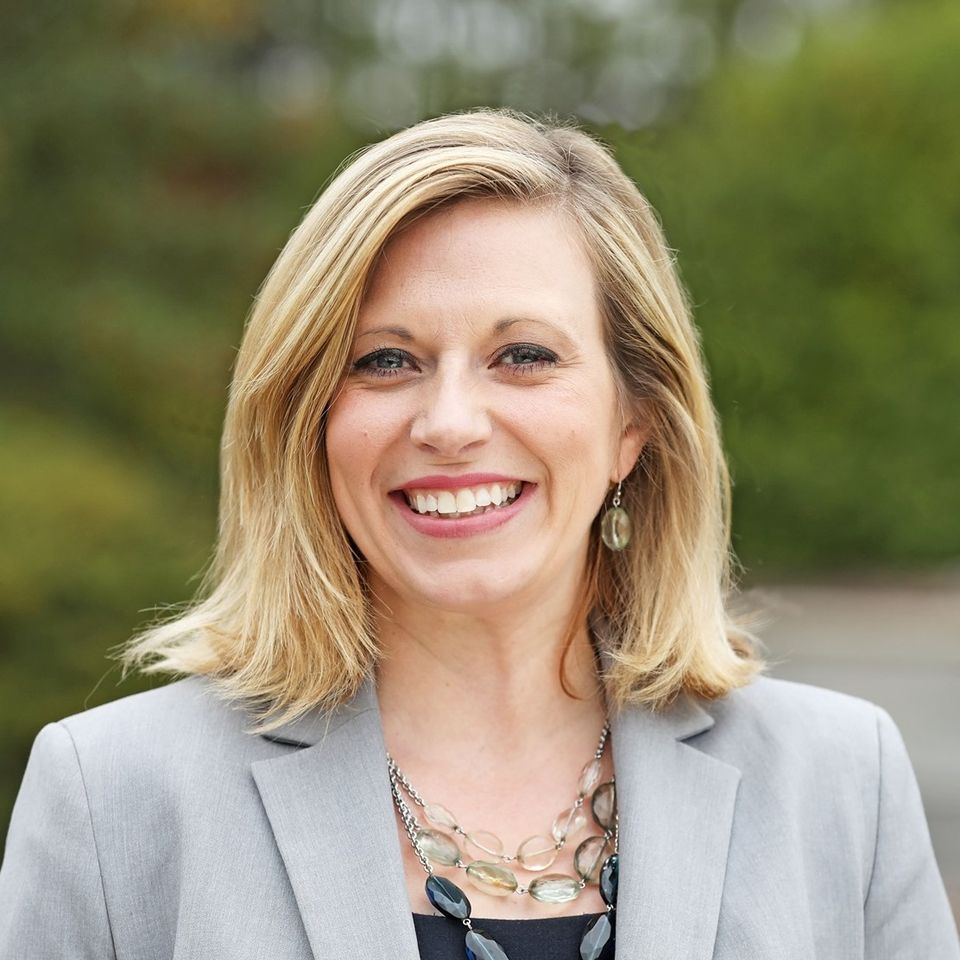 Sarah, the daughter of a public-school teacher and a state employee, was raised in Eastern Wake County, attending East Wake Middle and High School. Early on, Sarah learned the value of hard work and the importance of a quality education.

Sarah worked her way through college, obtaining her Bachelor of Arts from North Carolina State University. She has dedicated her career to serving the people of Wake and Franklin Counties through her work in nonprofits, working with organizations in higher education and health and human services. Sarah currently serves at Single Stop, helping families work towards the American Dream by connecting them to existing resources that help put them on a path to economic stability and prosperity. Prior to that, she worked at Tammy Lynn Center for Developmental Disabilities in Wake County.

Sarah has been active in our local community, serving on the Ministry Leadership Team at Hope Lutheran Church in Wake Forest, and on the Board of Directors at Safe Space in Louisburg, working to reduce relationship violence and sexual assault in Franklin County.

Sarah and her husband Dan live in Eastern Wake County where they raise their two daughters, Emily (11) and Abby (9), and four dogs. 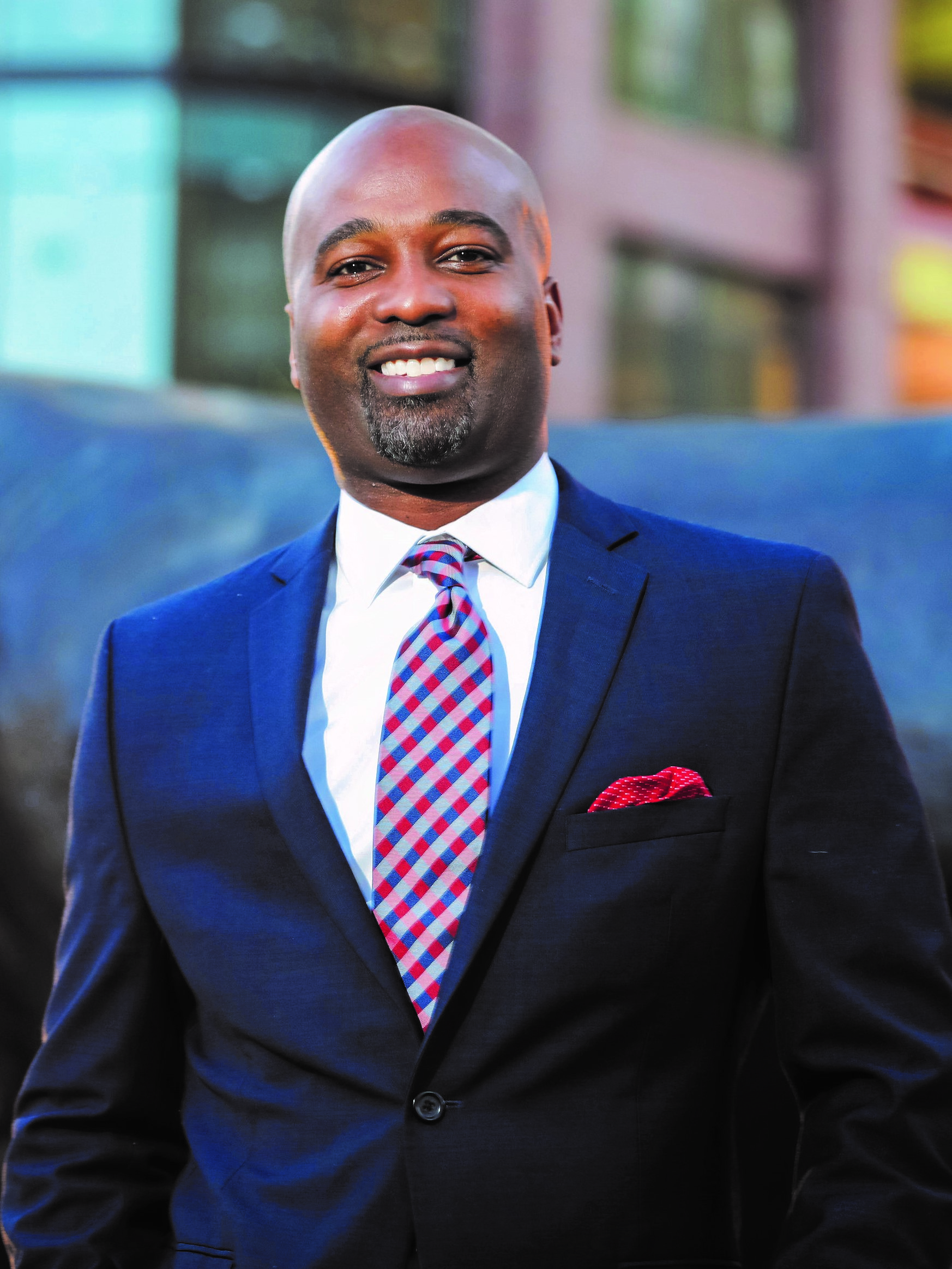 Zack Hawkins is one of the most significant young political leaders in the state under 40 as indicated when he was named an NCCU 2018 Forty Under Forty Honoree. He has served in leadership roles at the local, state and national levels, most recently as 1st Vice Chair of the North Carolina Democratic Party. In this role, he was able to see several plans to fruition, including his initiatives to increase voter registration and fight voter suppression.

Zack received a B.S. in Biology from Elizabeth City State University and a M.S. in Biology from North Carolina Central University. Zack has served as a teacher in Durham Public Schools (Southern High School) and works every day to help remove financial barriers for those that need it most. As a development and advancement professional in nonprofits such as United Way and higher education institutions like East Carolina University, Duke University and UNC, few causes are closer to his heart.

Abe Jones is a native of Wilson, North Carolina and grew up in Raleigh on the campus of Saint Augustine’s University, where his father was an education professor. Abe attended Wake County Public Schools and was the first black student council member at Enloe High School. He received his formal education from Harvard College and Harvard Law School.

After working for a federal judge in DC, Abe returned home to work with the U.S. Attorney’s Office (Eastern District,NC), the NC Attorney General’s Office, and as an Administrative Law Judge. Abe also served for 17 years on the superior court bench after being appointed by Governor James B. Hunt, Jr. He subsequently was elected to two eight-year terms on the superior court, first in 1996 and again in 2004. Totaling almost 40 years of legal experience, he has also worked in private practice and taught for many years at UNC School of Law. His federal and state experience as a prosecutor and defense attorney in both civil and criminal cases, along with experience behind the bench, gives him a unique perspective to lead North Carolina forward serving in the State House. 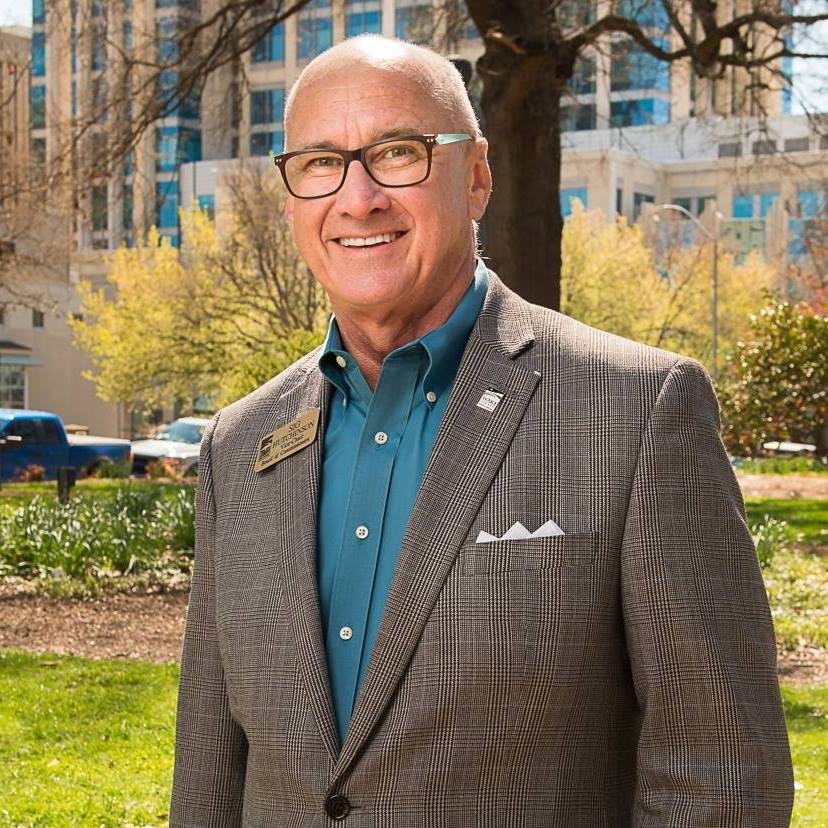 Sig Hutchinson has been working to make communities healthy and livable for more than two decades. Sig was first elected to the Wake County Commission in 2014 and has served as Chair and Vice Chair during his tenure.

Sig has led multiple bond initiatives in Wake County and the City of Raleigh totaling more than $400 million for open space preservation, parks, greenways, transportation and affordable housing. Sig continues to be active in North Carolina where he sits on numerous boards.

Sig continues his sales consulting and professional speaking career as President of Sig Hutchinson Communications. He has a B.A. from Texas Tech University; M.Ed. from the University of South Carolina and lives near a greenway in Raleigh, NC with his wife of more than 35 years Nancy and they have a son who is married and three grandchildren.

Learn more about Sig in the “A Chat with Board Vice Chair Sig Hutchinson” article from the Aug. 2020 Inside GoTriangle newsletter. 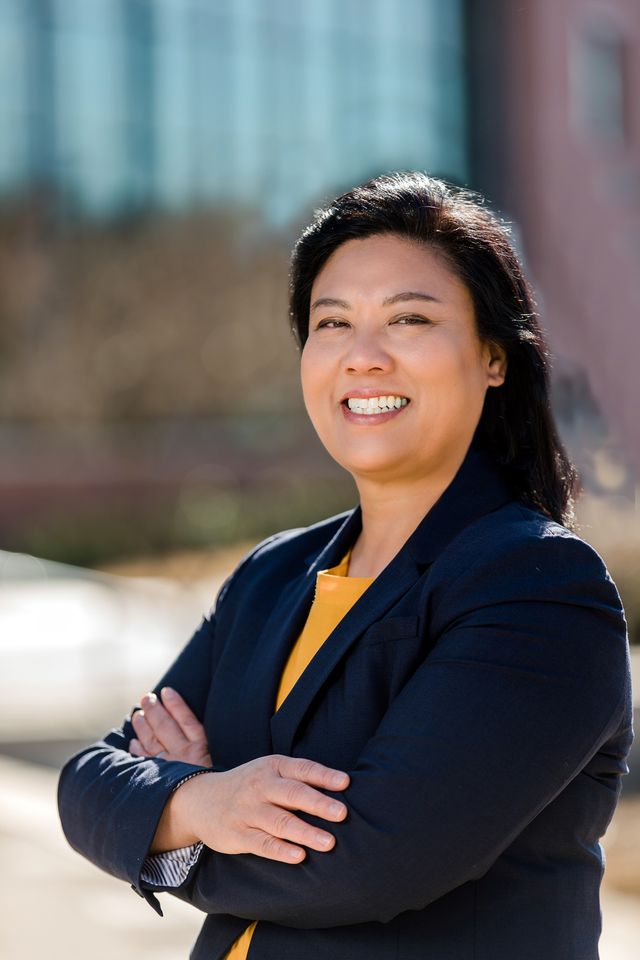 Maria Cervania is a consultant who works in public health research and statistics. Born and raised in California, Maria lived and worked in Chicago and Austin before moving to Cary.

Maria is a long-time community advocate with experience developing and implementing health programs, partnerships in support of affordable housing and local initiatives on traffic and transportation. She is a former Chair and member of the Wake County Commissioner for Women and Wake County Community Health Needs Assessment and has worked on bond campaigns and other local initiatives over the years. Maria belives that her life, community and career experience have prepared her to be a strong advocate on issues like education, public health and affordable housing. 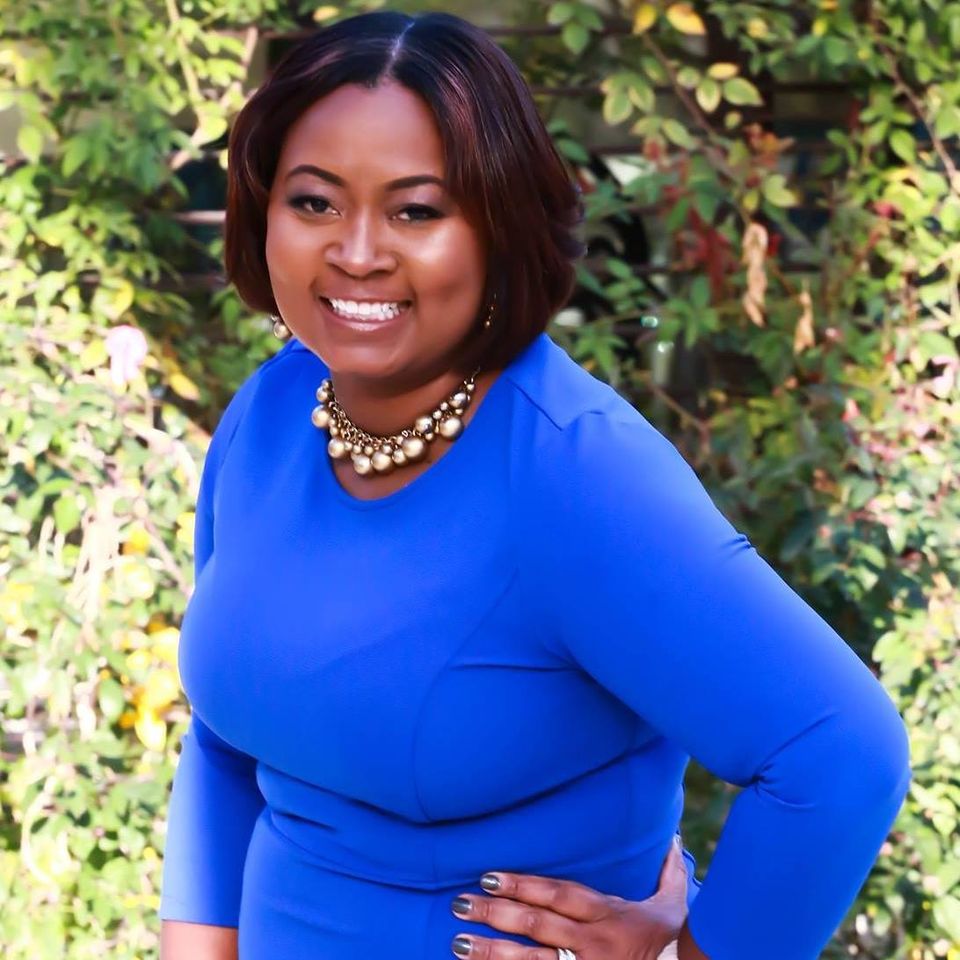 Shinica Thomas is a 20-year resident of Wake County, but grew up as what most people call a “military brat.” She attended and graduated from E.E. Smith High School where she met her high school sweetheart, Raymond Thomas. They married a few years later while he was serving in the Air Force and recently celebrated their 25th wedding anniversary. They have two adult sons, Rahsaan and Khalid.

Shinica has a Bachelors degree in Political Science and a Master’s Degree in Government. She is currently the Director of Advocacy and Educational Partnership for Girl Scouts – North Carolina Coastal Pines which serves over 26,000 girls across 41 counties in Central and Eastern North Carolina.

Shinica considers herself an advocate for young people. In addition to her daily work with schools, she has served on the Town of Wake Forest Parks & Recreation Advisory Board, the Kerr Family YMCA Advisory Board and the Heather Heyer Foundation Board. 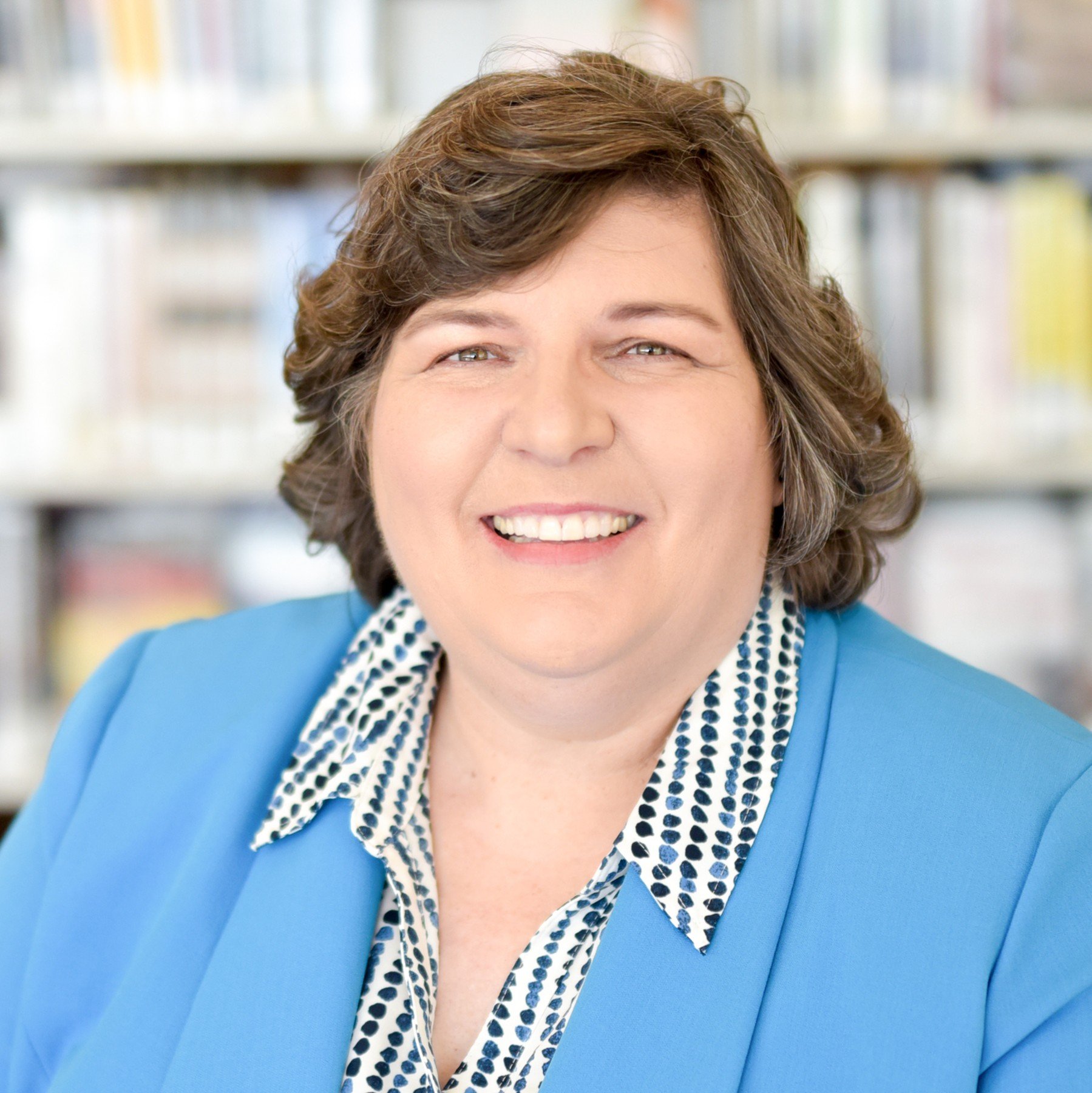 Vickie Adamson is a native of North Carolina. She has lived in Raleigh since 1983. Vickie and her husband Mark attend Highland United Methodist Church and have one son who graduated from Southeast Raleigh Magnet High School. In addition to her work with PTA, Vickie has worked with the Clothing Closet, Artsplosure, First Night, AnimalKind and African American Dance Ensemble.

Vickie has held several leadership positions in PTA that have given her first-hand understanding of how hard teachers work to nurture and instruct our students, preparing them for college and career. The time she has spent in the schools has taught her how essential it is to treat our educators with respect and pay teachers a professional salary.

As a church volunteer, Vickie works to help resettle refugees, helping vulnerable families with clothing, housing and food security needs. This work has made her a fierce advocate for affordable housing, sound employment and transportation services to help citizens get jobs and keep them. She supports programs that keep families together. She has championed funding of art, music, world languages, P.E. and technology for our schools. She has advocated for more social workers, school psychologists, nurses and counselors to help our children and their teachers be successful in school and in life.

She currently serves as the Vice Chair of the Wake County Board of Commissioners.